Artistic Director and Founder of The Greenhouse Ensemble

​"...these actors provided some of the finest examples of what good community and professional performances should be like... Hazen Cuyler has come a long way ... acting alongside the likes of John Lepard in “Home: Voices From Families of the Midwest” at Williamston Theatre and starring in “Dark Play, or Stories for Boys,” the shocking Peppermint Creek show presented during the Renegade Theatre Festival. Cuyler delivered compelling performances in both productions, proving that he has more dramatic potential yet to be tapped and seen." 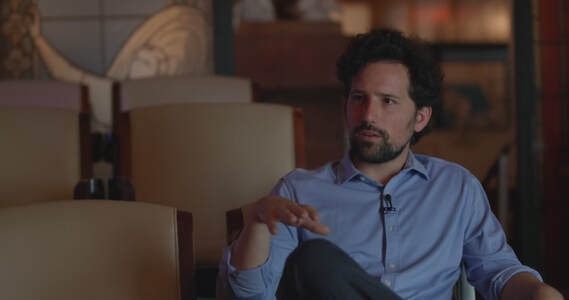 Hazen Interviewed at Pushkin Hall, NYC
"The most important thing is for an individual actor to take responsibility for his/her instrument and process. It’s important they know what they need to do before a show begins in order to create the best work. It’s very easy to fall into casual conversation with fellow actors, distracting themselves and avoiding responsibility. This can actually be a part of some people’s process, but often times it proves detrimental when you compare results from an actor who prepares methodically before a show and someone who jokes with fellow actors. The work requires an incredible amount of presence and concentration and these skills require practice and dedication."

"A New Hybrid of Live Film"

Lifestyle Content Directed by Hazen Cuyler
"The process of creating art is an act of healing the individual and the community at large. By becoming more sensitive to your own suffering and sharing what you’ve understood, you transmit that knowledge to audiences and relieve their suffering... I think this is an amazing time in the history of all art. I believe, for the arts at least, this Zoom theatre/live film is the new medium which theatre has been driving toward for many years (most recently in West Side Story directed by Ivo Van Hove and Medea directed by Simon Stone). It is a separate medium which needn’t be competitive with theatre or film. When we find a way to iron out the obvious technical kinks, the potential reach for theatre arts (in American audiences anyway) could be revolutionary."

CANDID Panel Discussion: "Reimagining Theatre and Performance During and After the Pandemic"